Mr. Mark Paul John, who has been named the “American Freedom Artist” was recently honored by the Hickory Hills City Council. Considered one of the top 100 artists in the country, Mr. John was introduced by Mr. Jim Kruse of Kruse’s Krew.

Mr. Kruse explained to Mr. John about what the City of Hickory Hills has done for our troops. The City allowed Mr. Kruse to use rooms in the Community Center to store and pack boxes. It has been 11 years since he started packing boxes for the troops.

The City has also made units honorary citizens and sent them certificates. Mr. Kruse noted he has sent over 5,100 care packages and thousands of letters and Christmas cards. He said without the city’s help this could not have been accomplished. Mr. Kruse wanted to show the city his appreciation so he purchased the artwork entitled “Answering the Call”.

After speaking to Mr. John, he donated a work of art to the Police Department and City as a sign of his respect. 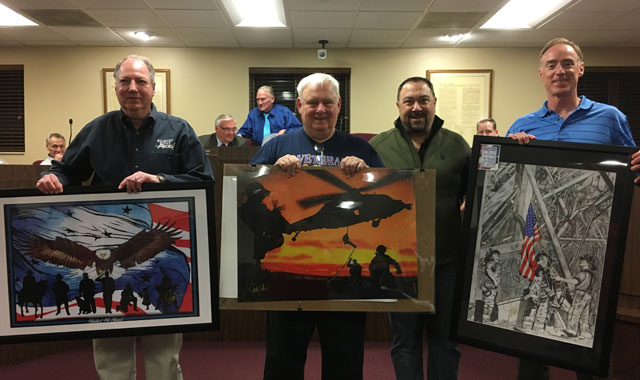 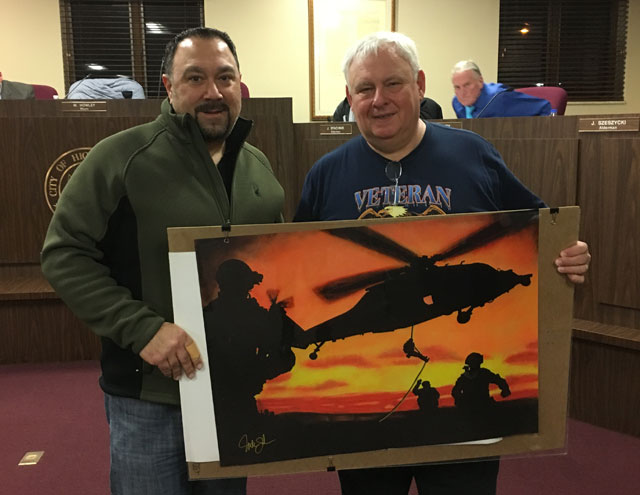 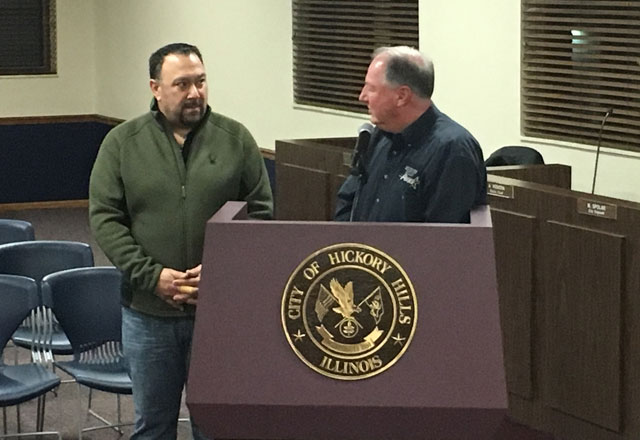 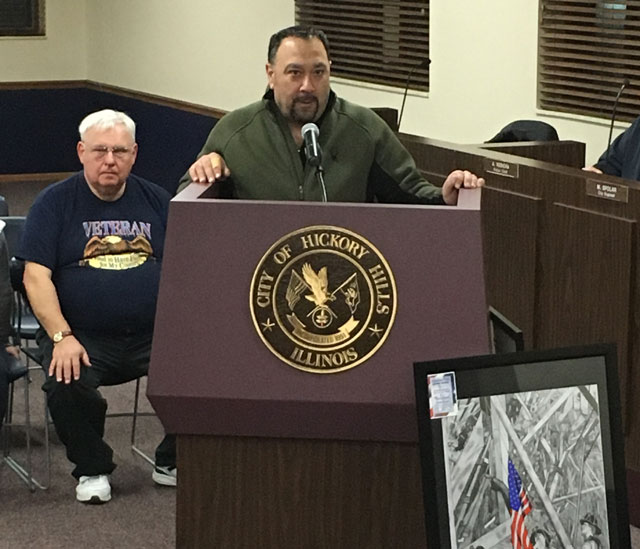