For the last 14 years, Jim Kruse and his group of volunteers have sent care packages to our military serving overseas.  I recently reached out to Jim to ask him what the top requested item is from our troops and it is…..JERKY!  Other non-perishable snacks, reading materials, personal care products also welcomed.  A donation box is in the lobby of city hall.  Below is a message recently received from our very appreciative troops:

On behalf of the USO in Kaiserslautern, thank you SOOOO MUCH for the care packages!

They’ve been amazing – soldiers now have snacks, soups and all kinds of great stuff to nosh on during their 2 weeks in quarantine here.

Indeed, the Army does take care of soldiers, but it’s a long time between dinner at 5 pm and breakfast at 8 am – so your package is a sight for sore eyes, I can assure you.

As always, what would we do without you —

Take care, and blessings to you and yours! 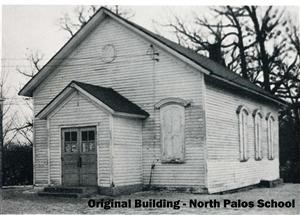 The district’s first school was located at 8425 W. 95th St. This one-room, framed structure housed a total of 30 students. However, with enrollment rapidly increasing, the district built a new school at the same location in 1938.

During the period of 1939 – 1942, the district experienced a 60 percent increase in student enrollment. To accommodate the increase, a new eight-room school was built in 1947 that would come to be known as the Thomas S. Quin School, located at 7825 W. 103rd St. The school was built within the boundaries of what would later become the city of Palos Hills. The Oliver Dorn School, located at 7840 W. 92nd St., Hickory Hills, opened its doors in the fall of 1956. Oak Ridge School, 8791 W. 103rd St., Palos Hills, opened in 1959. Glen Oaks School was built in 1961 at 9045 S. 88thAve., Hickory Hills. Subsequent increases in enrollment resulted in additions built over the years at all the schools. Conrady Junior High School was built in 1966 at 7950 W. 97th St., Hickory Hills. The Opalinski Primary Center was dedicated in 1975.

From 1982 – 1992, the district tried unsuccessfully 11 times to pass a tax increase referendum. As each referendum failed, personnel and student services were cut. The 1989-1990 school year began with a reorganization plan in the district. Dorn School became a primary center (grades K – 1), Oak Ridge and Glen Oaks housed students in grades second through fifth, and Conrady Junior High School expanded to include sixth-through eighth-grade students. Both Quin and Opalinski were closed and leased.

On November 2, 1993, the district successfully passed a 90-cent education tax rate increase by a vote margin of 3,294 “yes,” to 1,920 “no.”  Student services such as technology, textbook purchases and gifted programs were re-established.

Quin School reopened in 2001. Ten years later, in 2011, Quin was renamed the Dr Kenneth M. Sorrick Elementary School after the superintendent who had served the district the previous eight years. The new Sorrick School is physically attached to the Dr. Ken Geraghty Administrative Center.

On April 5, 2005, voters overwhelmingly passed a tax rate increase of 75 cents in the education fund. These funds have been instrumental in allowing the district to make changes in classes and hire additional staff that has made our increases in achievement possible.

Illinois Standards Achievement Test (ISAT) scores from 2003– 2007 have increased steadily at all grade levels and subjects, with increases as high as 30 percent in some areas. In 2007, the district’s overall performance on all tests increased 2.5 percent from the previous year to 90.5percent. In 2011, that number was 94 percent of students who met or exceeded state standards, compared to the state’s average of 82 percent.

In the spring of 2007, Oak Ridge and Conrady Junior High schools received State of Illinois Honor Roll Academic Improvement Awards for substantial gains in performance on the ISATs the last few years. Additionally, Conrady was one of two junior high schools in Illinois recognized by a study at the University of Illinois for high implementation of standards and achievement. The schools were profiled on the ISBE website as “Best Practice”schools. Oak Ridge was also named by the Chicago Sun-Times Media Group as one of the ‘Top 10’ suburban schools based on ISAT scores. 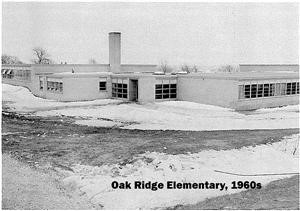 In the fall of 2007, Conrady was named to the State of Illinois Honor Roll for 2005 scores and, in February 2008, the junior high school received the award again for scores in 2007.

Growth has been obviously throughout the district. Not only has there been a population growth from those initial 30 students to the current enrollment of more than 3,300 students, the district also has grown in terms of facilities, student achievement levels and teacher performance. District 117 has reached its goal of being recognized as one of the ‘highest-performing school districts in the state of Illinois.’

It took a collaborative effort by legions of dedicated people whose main goal continues to be improving the learning culture for all the district’s students. The district has increased the number of programs it offers its High-Level Learners. Some of those programs include: kindergarten and first-grade teachers participating in differentiated training; teachers implementing new strategies such as Book Club and Enrichment activities; and Learning Links, which had more than 300 students participate in grades first through third.

In 2010, District 117 received the prestigious Lincoln Foundation Award for Performance Excellence for its efforts to adopt and apply continuous improvement principles.

The status quo is simply not good enough. In District 117, it never was.

With enrollment growing, officials were aware that challenges remain in educating a population that is becoming increasingly diverse. (Within its five schools, 33 different languages and dialects are spoken). District administrators and staff are continually seeking new and better ways to educate their students and prepare them for a changing world.

The goal is to provide students with as many opportunities as possible. One way of doing that is to provide enough physical space for students. Additions have been built to Glen Oaks and Sorrick schools, and an addition is planned at Oak Ridge that should be done by the start of the 2013-2014 school year The Board of Education agreed to place modular classrooms at Conrady (summer 2012) to ease crowding there.

Committees comprised of administrators, board members, teachers, staff, parents and the community have been formed to help identify essential needs of our students and determine long-term plans for Conrady, the nearly 50-year-old junior high school in dire need of updating. Conrady won a National Blue Ribbon Award in 2017.

Jeannie Stachowiak, who spent eight years in the district as principal at Dorn and, later, as director of curriculum, was selected in 2011 to serve as superintendent beginning in July 2012. That was the same year Glen Oaks School won its first National Blue Ribbon Award. The Hickory Hills school won its second Blue Ribbon Award in 2019.

District 117 has been fortunate to have leaders with the courage to continue to “do the right thing,” and educators with the energy and determination to tackle the tough challenges while preparing students to be leaders in a “global world.” Where you see high-performing schools, it’s the culture – every adult taking responsibility and creating an environment of high expectations.

Education has the power to transform lives. But it takes generations of committed people honing and refining the original version –generation after generation. 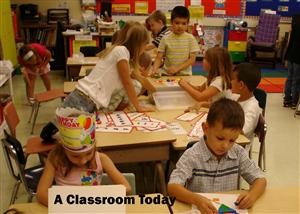 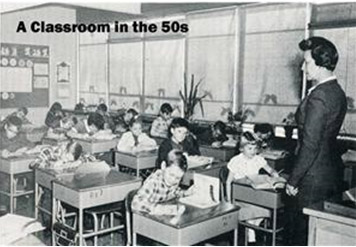